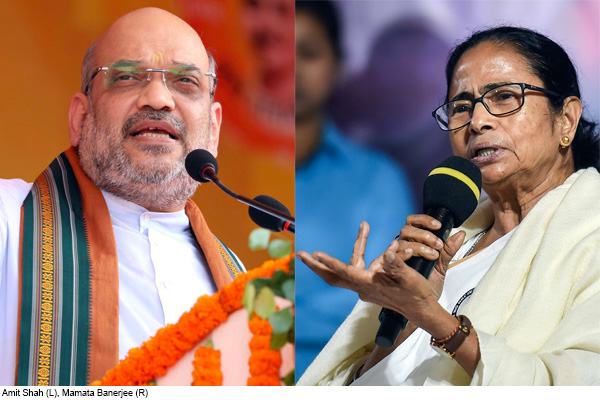 New Delhi: The BJP is gearing up for the assembly elections to be held in West Bengal early next year. Union Home Minister Amit Shah is on a two-day visit to Bengal. He said in a meeting of local leaders in Bankura on Thursday that the Bharatiya Janata Party should win more than 200 of the 294 seats in the West Bengal assembly elections early next year. He told in gestures that this time Bengal is going to change. Now the question is whether the BJP will find a strong fortress of Mamta or not.

Addressing media persons after the meeting, the Union Minister targeted Chief Minister Mamata Banerjee for ‘neglecting the poor, farmers and backward classes’ in the state. Shah said, “The Mamata Banerjee government has neglected the poor, farmers, backward classes and tribal people and has persecuted BJP workers.” I am confident that the BJP will come to power with a two-thirds majority.

Shah said that he can feel the public’s displeasure against the Mamata Banerjee government. With this, he called upon the people to root out the Trinamool government in 2021. After paying tribute to the statue of tribal icon Birsa Munda in Puabagan, Shah said, “I have been in Bengal since yesterday (Wednesday).” Wherever I went, there was a warm welcome. There is a lot of public anger against this government and there is strong faith in the Modi government. ”