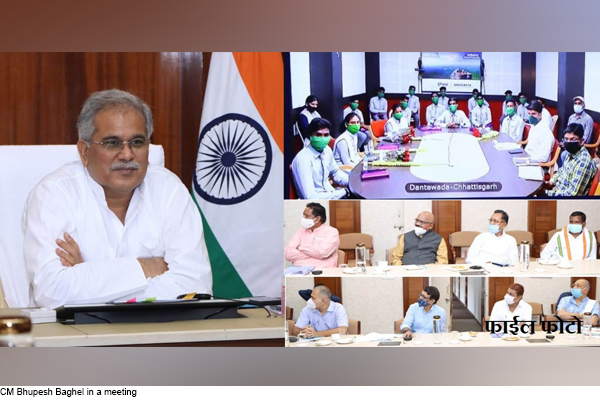 Raipur: Taking yet another compassionate initiative, Chief Minister Mr. Bhupesh Baghel has given instructions to ensure admission of the students, who have qualified NEET but could not register for counseling due to technical reasons, on ‘payment seats’ of private colleges in the state. Chhattisgarh Government is determined to build a bright future for these talented children. This is first time in the history of Chhattisgarh state that the government is ensuring admission of students on paid MBBS seats of private medical colleges and bearing all the expenses of the same. .

Chief Minister Mr. Baghel said that children’s future should not be compromised. Chief Minister Mr. Baghel has directed officials of district administration to take necessary action for admission of such talented students from remote tribal areas in the private medical colleges of state for MBBS. It is noteworthy that as soon as Chief Minister Mr. Bhupesh Baghel learned about the 27 talented students of Dantewada district, who have qualified NEET but could not do registration for first round of counseling due to network issue, he immediately addressed the situation.

At first, District Administration made an attempt to get their registration done and the students were registered before the second counseling at national level, but these students couldn’t get selected. Due to lack of second opportunity of registration in the state, students could not get their registration done. After first counseling, two students named Kumari Padma Made and Piyusha Bek are eligible for admission in MBBS. On Chief Minister’s instructions, Collector Dantewada is taking action to ensure admission of these students in private colleges.

Chief Minister further said that if any other students are found qualified for admission after cut-up, they would also be given admission on payment seats of private colleges, and state government would bear the expenses.