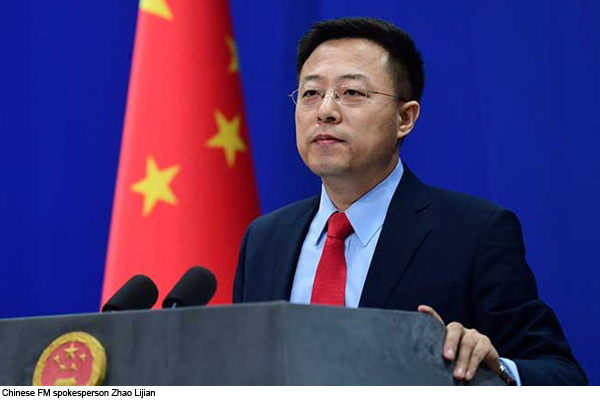 New Delhi: On the Army’s question of kidnapping 5 Indian youths from Arunachal Pradesh, the Chinese spokesperson replied that he had no information about this. When asked about these youths, Chinese Foreign Ministry spokesman Zhao Lijian told Arunachal Pradesh as part of China instead of giving information about Indians. He said that he had no idea about the request of the Indian Army.

Lijian said, China has never recognized the so-called “Arunachal Pradesh”, which is the South Tibet region of China, and we do not yet have any details about the question on the Indian Army which is the 5 missing Indians in the region. Sending message to PLA about. ”

Explain that a police team has been sent to the border area adjacent to McMahon Line to investigate the kidnapping of 5 youths of Arunachal Pradesh. This line separates Upper Subansiri district from Tibet.

It is being said that these youths have been abducted by the People’s Liberation Army of China. The villagers and relatives of the missing youth claim that these youths served as porter for the Indian Army, which carried goods in inaccessible areas. It is also being said that these young men may have gone towards the jungle from where they climbed the arms of the Chinese army. The brother of one of the missing tribal youths had posted on Facebook that the Chinese Army had lifted Indian youths from the International Border (IB) near Sera-7 patrolling area of ​​the Indian Army near Nacho.

Meanwhile, Union Sports Minister Kiren Rijiju said that the Indian Army has already sent a hotline message in this regard to counterparts of the People’s Liberation of Army (PLA)