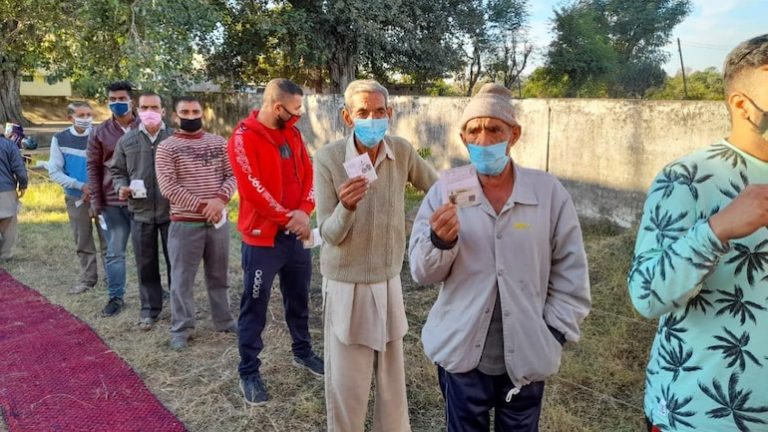 New Delhi: Voting for the primary phase of District Development Council (DDC) elections in Jammu and Kashmir has begun amid tight security on Saturday. Within the first phase of the DDC elections, 43 constituencies will attend polls — 25 in Kashmir and 18 in Jammu. Notably, the Valley is witnessing its first elections since the Centre scrapped Article 370 and bifurcated it into two UTs.

Speaking to reporters, officials said elaborate arrangements are put in situ for the graceful conduct of the polls and special measures taken in sight of the COVID-19 pandemic. The polling will end at 2 PM.

State Election Commissioner K K Sharma said 2,146 polling stations are found out for the graceful conduct of elections of phase-I.

Udhampur: Voting for the primary phase of District Development Council (DDC) elections is underway in Jammu and Kashmir. Polling underway in 43 constituencies – 25 in Kashmir and 18 in Jammu.

“As many as 7 lakh voters shall use their right to choose phase 1 clinical trial of polling on Saturday. Out of seven lakh voters, quite 3.72 lakh are from the Kashmir division and three .28 lakh are from the Jammu division,” State Election Commissioner K K Sharma had said earlier.

Akhnoor: Voting for the primary phase of District Development Council (DDC) elections in Jammu and Kashmir, being held today.

The eight-phase elections are seen as a triangular contest among the People’s Alliance for Gupkar Declaration (PAGD), the BJP and therefore the Apni Party floated by former minister of finance Altaf Bukhari.

The PAGD —merger of several mainstream political parties, including NC and PDP, seeking the restoration of Jammu and Kashmir’s special status, which was revoked by the Centre last year — has been accusing the Bukhari-led party of being a B-Team of the BJP.