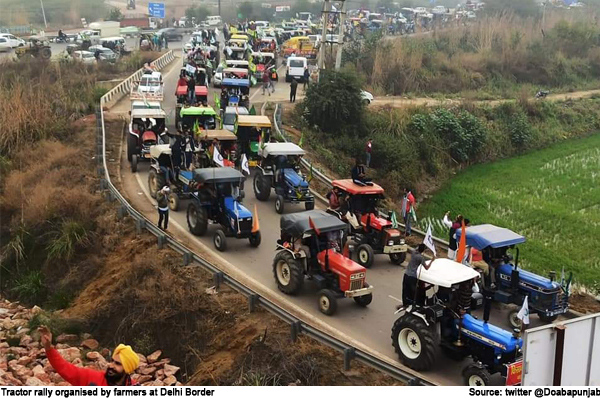 New Delhi: On 26 January, three alternate routes for the proposed tractor rally were reportedly discussed in a meeting between Delhi Police and farmers on Friday evening. In this meeting, the police have agreed to take out a farmers’ rally on Republic Day. The farmer leader said that now we will be able to take out a tractor rally in Delhi. Delhi Police has allowed this. He said that we will take out our parade from different five routes and the parade will take place peacefully.

The meeting took place between two special commissioners including farmer leaders and top officials of Delhi Police. However, a source present in the meeting said that Police Commissioner SN Srivastava also reached there, surprising both sides. Srivastava, who himself comes from a rural background, reportedly abandoned his car at the barricades and took a lift from a tractor to reach the gathering site, which was appreciated by the farmers.

Regarding the tractor parade in Delhi, the police commissioner told the media that “the farmers have not yet given us any written route. The written route will come after that.