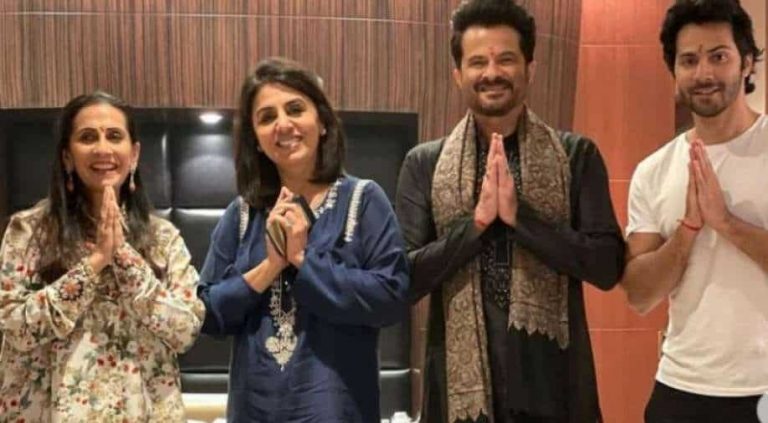 A few days ago, the shooting of the film ‘Jug Jug Jio’ was started. The film stars Varun Dhawan, Anil Kapoor, Kiara Advani and Neetu Kapoor in the lead roles. Raj Mehta is directing the film. However, according to the latest reports, some members of the team shooting in Chandigarh, including the film’s director, are reported to be Corona positive.

According to sources related to the film, Varun Dhawan, Anil Kapoor, Neetu Kapoor and Raj Mehta have been hit by Covid-19. While there is currently no news related to Kiara.

The shooting of the film has now been stopped. It is expected that an official announcement will be made by the film’s team soon. The special thing is that before going to the shooting of the film, the entire team got the corona test done. Even Neetu Kapoor shared a video where she was seen getting the test done. But only a few days later she was caught in it.

Significantly, Neetu Kapoor will appear in the role of Varun Dhawan’s mother in Raj Mehta’s film. The film is a light-hearted comedy and the film will also feature Neetu Kapoor alongside Varun Dhawan, Kiara Advani, Anil Kapoor and Prajakta Koli.

Recently, actor and BJP MP Sunny Deol, who went on vacation in Himachal Pradesh, was also reported to be Corona positive. They are placed in isolation there.