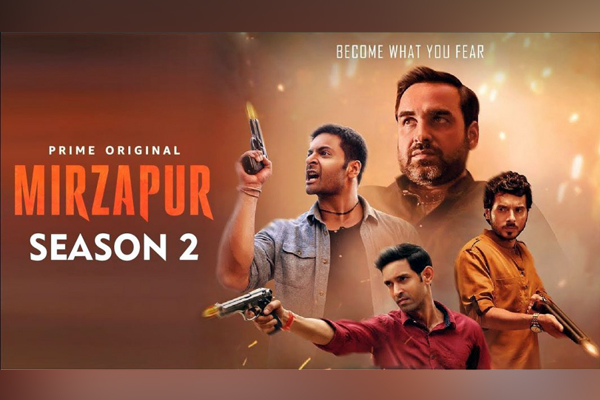 Mumbai: After peaking to greater heights with Mirzapur Season 2, the makers of this blockbuster web series have now released it in Tamil and Telugu as well. The producers of the show have now eliminated language barriers by making shows available in these languages.

Applauded by fans and critics alike for its entertaining plot and unprecedented dialogues, Mirzapur 2 has taken the show to an unmatched height.

The show stars Pankaj Tripathi, Ali Fazal, Divyendu, Shweta Tripathi Sharma, Rasika Dugal, Harshita Shekhar Gaur etc. in the lead roles. The show continues to be widely praised and watched by audiences from around the world.