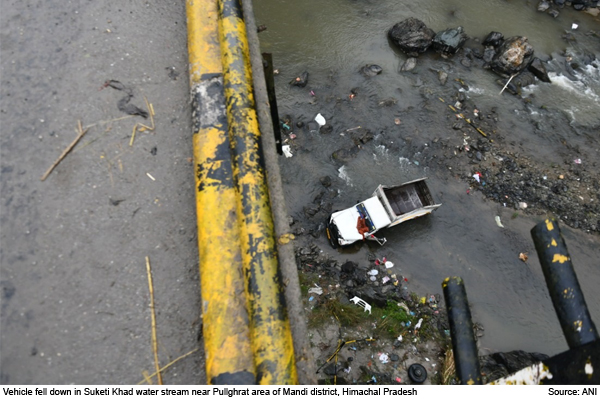 Shimla: A horrific road accident has occurred in Himachal Pradesh, in which 7 people have died after falling into a pickup river. It is being told that all these were laborers, who came to Himachal from Bihar to work. While the pickup driver was seriously injured. Who has been admitted to the hospital. PM Modi has also condoled the incident.

Prime Minister Narendra Modi expressed grief over the incident, saying, “The news of the road accident in Mandi in Himachal Pradesh has caused great grief. The government is involved in relief and rescue operations. In this accident, I express my deepest condolences to the relatives of the dead and wish the injured well soon. “

According to the news agency, 7 died and one was injured when a vehicle collapsed in the water stream of Suket Khad near Pulghrat area of ​​Mandi district of Himachal Pradesh at around 3 am today.

Seven people were killed when a pickup fell in the Suket Khad river in Pulghrat area near Mandi on the Chandigarh-Manali National Highway. The accident occurred late around 3 pm. The driver is seriously injured in the accident.

The driver is said to be an employee of a tent house contractor. All the people who died in the accident are said to be laborers from Bihar who are being identified. As soon as the information was received, Sadar police station in-charge Vinod Kumar Thakur along with the whole team reached the spot and pulled out the body from the car that fell into the river.

The driver has been admitted to the hospital, whose condition is now being reported as normal. He said that these laborers had come down from Bihar at the bus stand late at night and after that came the contractor’s car to pick them up but the pickup near the bridge gharat uncontrolled and fell down while breaking the railing. Due to which all the seven people sitting behind died. All the bodies have been kept in the post mortem house of the zonal hospital and their relatives are being contacted.