How Bollywood used Goddess Durga in their films respective time 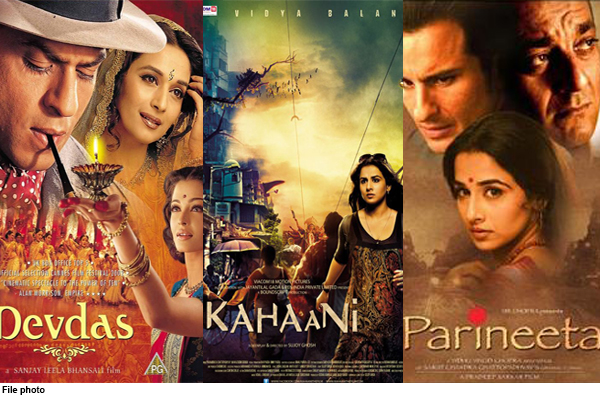 Durga Puja celebrations have started in all parts of India. The Durga Puja begins on the Shashti Tithi of the Shukla Paksha of Ashwin month. Sandhi puja is performed between Ashtami and Navami Tithi of Sharadiya Navratri. Sandhi Puja has special significance during Navratri. Sandhi Puja is performed till the end of Ashtami and after the Navami. This Puja is so special, so how come our filmmakers do not mention this worship in their stories! Ever since cinema made its debut in India, different filmmakers have used Durga Puja in their stories in their respective times. Let us talk about those films in which Durga Puja was an important part of the story.

Devdas
The story of this film is based on the perspective of Bengal, which depicts two Bengali families, who appear to be composed in the Bengali tradition. In this story of two lovers who have become one with conscience, Durga Puja is shown very well. Durga Puja holds an important place in this story. Based on the novel by Sarat Chandra Chattopadhyay, the film is directed by Sanjay Leela Bhansali. The film stars Shah Rukh Devdas, Paro’s character is Aishwarya Rai, while Chandramukhi features Madhuri Dixit.

Parineeta
In this film, love and hate are featured prominently. Also seen is the grandeur of Durga Puja and the beautiful story revolving around it. In this film, everything related to Durga Puja is filmed very well. The film is based on a Bengali novel by Sarat Chandra Chattopadhyay. Vidya Balan debuted with this film. In this film, he has Sanjay Dutt and Saif Ali Khan in the lead roles.

Kahaani
Vidya Balan plays the lead character in this suspense-thriller film. The film is based on the story of a pregnant woman who found her missing husband in Kolkata during Durga Puja. Kolkata and Durga Puja are very important themes in the film. This film tries to show the power of a woman as the power of Goddess Durga.

Daman
The film is mainly based on violence after women. Raveena Tandon will be seen in the lead role in this film. Taking inspiration from Goddess Durga, the heroine of this film ‘Durga’ also takes justice for herself on Vijay Dashami. This film, showing feminine power, gives a strong social message.

Pather Panchali
Durga Puja has been given a prominent place in the story of this film, which recognizes Indian cinema internationally and is counted as a classic. Based on the novel written by Vibhuti Bhushan Bandyopadhyay, the film is directed by Satyajit Ray. The film depicts the troubles of Appu and his elder sister Durga in Durga Puja and indicates their upcoming golden tomorrow.

Debipaksha
Directed by Raja Sen, this Bengali film is based on the story of Hemanti (Rituparna Sengupta), who, after being a victim of sexual exploitation, stands up against the criminal and only manages to get him to his end. Durga Puja festival is also celebrated on the Goddess side.

Antar Mahal
The story of the film depicts the life of an aged zamindar (Jackie Shroff), his two wives (Roopa Ganguly and Soha Ali Khan) and a potter (Abhishek Bachchan). The potter is given the task of sculpting Durga as Queen Victoria. The film tells the story of misogyny and oppression under the guise of religion. It is based on Tarashankar Bandhopadhyay’s short story ‘Protima’ and directed by Rituparno Ghosh.