Home
Entertainment
I will follow the footprints of Rani Laxmibai, I am not afraid, nor bow down says Kangana

I will follow the footprints of Rani Laxmibai, I am not afraid, nor bow down says Kangana 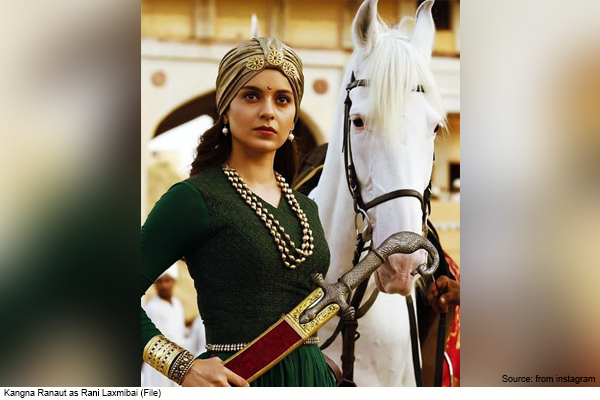 New Delhi: Bollywood actress Kangana Ranaut has unambiguously responded to the Maharashtra government and their leaders. She had responded to Sanjay Raut’s threat and said that I am coming to Mumbai. Controversy intensified even before she reached Mumbai. The Maharashtra government is also not in a mood to leave Kangana alone. Earlier, the BMC had raided Kangana’s office.

Now Kangana will be investigated in the drugs case. On the other hand, Shiv Sena’s IT cell in Thane has complained of treason and BMC in Mumbai has pasted a notice of illegal construction in Kangana’s office and sought their response.

Let us tell you that Kangana has got the security of Y category from the center. She will leave for Chandigarh from Mumbai at around 12.30 pm. Earlier, he wrote in a tweet, “I have lived the courage, valor and sacrifice of Rani Laxmibai through the film. The sad thing is that I am being prevented from coming to Maharashtra. I will not follow the footprints of Rani Lakshmibai nor will I bow down. I will continue to raise my voice against the wrong. Jai Maharashtra, Jai Shivaji … “

However, now it seems that Maharashtra government could not do anything in Sushant case, then it is putting all its emphasis on Kangana. Now it is to be seen what is the next attack of the Maharashtra government after Kangana reaches Mumbai. More Bollywood people have joined this fight, who are blaming Kangana. Shekhar Suman’s son, Study, Suman, gave an interview to a newspaper and accused Kangana of slapping him in a party. He was later beaten up in the car as well, and was indecent with him even when the study left him home. His phone hit the wall and broke.

Maharashtra Home Minister Anil Deshmukh gave confidence to Kangana on this investigation. Maharashtra government is preparing for investigation, Kangana on the other hand also responded by tweeting. Kangana said, “I am very happy with this treatment of Mumbai Police and Maharashtra Home Minister Anil Deshmukh. Please test me Please check my call record. If you get any link from the drug peddlers, I will accept my mistake and leave Mumbai forever. Looking forward to meeting you. “

Obviously, this battle is going to be long, because Kangana is also not one to give up easily. But now it remains to be seen where the end of this battle that started for Sushant Singh Rajput will be.