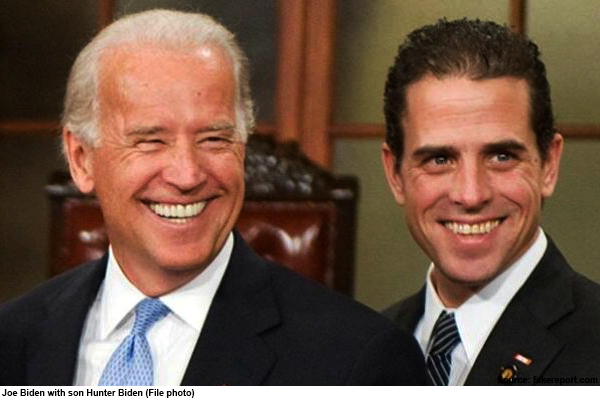 New Delhi: The presidential election campaign is in full swing in America. In this election campaign, Junior President Donald Trump’s son Junior Trump has also fallen out of favor with his father. Referring to India at a non-election rally, he said that Democratic candidate Joe Biden is opposed to India. Junior Trump said the Democratic candidate has close ties with China. Biden’s interest in China is not in India’s interest. Junior Trump said that we have to understand the danger of China. Junior Trump said these things while celebrating the success of his book ‘Liberal Privilege’. In his book he also mentions allegations of corruption against 77-year-old Joe Biden’s family, especially against his son Hunter Biden.

Junior Trump said that Biden cannot prove to be a good candidate for democratic minded or independent business people. During this time, he praised Indian-Americans fiercely. He said that I understand the Indian community very well. Indian community is education oriented. He is working hard. He said that for six months, Democrats have been ignoring India’s interests. In his comment, Junior Trump also brought back memories of his visit to India. Explain that earlier this year, Junior Trump went to Ahmedabad in Gujarat with his father Donald Trump, where he was welcomed.

Reflecting the memories of Ahmedabad, he said that Father Donald Trump’s meeting with Prime Minister Narendra Modi was encouraging. Junior Trump said that I used to think that Trump’s rallies are very big in America, but Ahmedabad rally was probably the biggest rally ever. The enthusiasm of the people in this rally was amazing. There was a huge crowd in it. During this, he said that there is a good friendship between the two leaders. Modi and my father Trump are good friends. (With agency input)