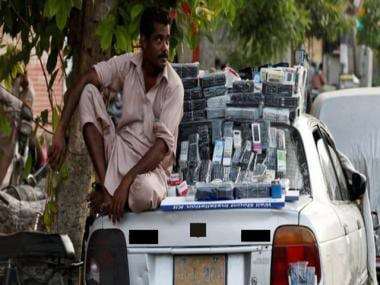 Days after India overtook Japan to become the third largest auto market, neighboring Pakistan reported a sharp drop in auto sales, with manufacturers threatening to shut down production due to low demand and “cash flow crunch”.

The country is currently going through a severe economic crisis under the leadership of Shahbaz Sharif, even as people are forcing it to fight for their dough on the streets, with the auto sector witnessing a 28.4-56.5 per cent drop in sales. As per local media reports, during the first half of 2022-23.

Total car sales across Pakistan for the July-December period stood at 68,900 units, compared to 114,774 units sold during the same time frame last year.

According to a media report, buyers showed reluctance due to high inflation coupled with skyrocketing interest rates, making the lease more expensive.

Besides, curbs on auto financing and non-opening of letters of credit have resulted in a shortage of parts due to stoppage of production and delayed deliveries by various assemblers, the report said.

The big manufacturers almost shut it down

Earlier this month, Suzuki Pakistan announced the closure of its plant till January 13, blaming the lack of inventory. PSMC said, “Due to the continuous decline in the inventory level, the management of the company has decided to close the automobile plant from January 9, 2023 to January 13, 2023.”

“The company will remain closed with effect from Friday, January 6, 2023, until further notice, due to tractor and cash flow constraints,” the regulatory filing said.

Over the past few months, several auto part vendors across Pakistan were forced to shut down operations due to a sharp drop in demand and import restrictions imposed by the State Bank of Pakistan (SBP), which were lifted last week.

Despite the global recession, India managed to overtake Japan to become the third largest auto market for the first time, with New Delhi expected to sell at least 4.25 million new vehicles in 2022, compared to 4.2 million vehicles sold by Japan .

According to the Society of Indian Automobile Manufacturers (SIAM), a total of 41.3 lakh new vehicles were delivered in India between January and November 2022. The number rose to around 4.25 million units when Maruti Suzuki reported sales figures for December.