Is Neha Kakkar’s getting married? 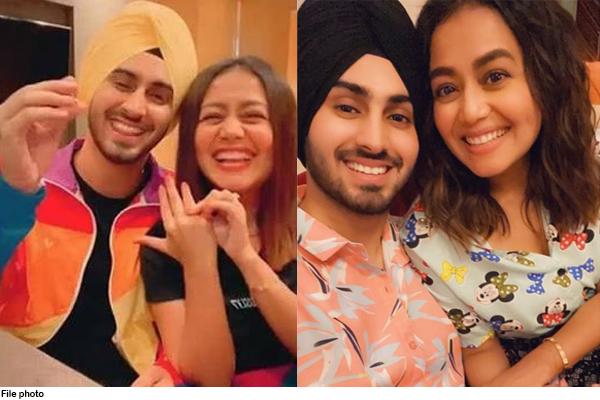 New Delhi: The wedding season has started, and soon there are going to be lots of weddings in spite of the epidemic because we Indians just need a chance to celebrate! However this year there will not be as many weddings as they usually are. Meanwhile, some actresses like Kajal Aggarwal, singer Neha Kakkar may also get married this year.

By the way, let us know that the news of Neha Kakkar and Rohanpreet Singh’s marriage has been in discussion for a long time. However, neither of them has commented on this yet. But meanwhile, a new photo of both of them is going viral on social media. Actually, Neha and Rohanpreet’s photo has been shared by a fan on Instagram in which both are sitting on the couch and they have something in their hands. Neha is seen in a casual look during this time. It is being said that the 2 people standing with Neha and Rohanpreet are Rohanpreet’s parents

According to TOI reports, Neha Kakkar is going to tie the knot with Rohanpreet Singh in Delhi on October 24, 2020. Rohanpreet Singh was seen in the reality show Mujhse Shaadi Karoge, in which he was Shahnaz Gill’s partner. He was also the first runner up in India’s Rising Star Season-2.

Recently when Himansh was asked about Neha and Rohanpreet’s marriage, he said, “If Neha is getting married then I am happy for her.” She is moving forward in her life. There is someone with them and it feels good to see that. “