Kangana sent notice for compensation of Rs 2 crore to BMC 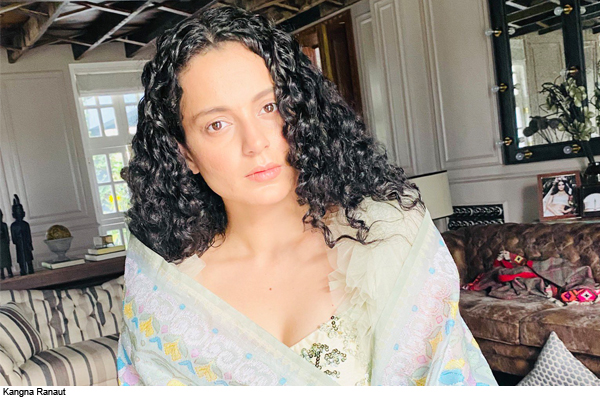 New Delhi: Kangana Ranaut and BMC battle has taken a new turn. This time Kangana has sent a notice to BMC seeking damages of Rs 2 crore. BMC demolished Kangana’s office lat week. However, the matter reached the court and directed the BMC to stop the action, terming it as false, but by then BMC had demolished a large part of their office now she has demanded damages from BMC. It seems that Kangana is not going to give up the pursuit of Shiv Sena and BMC easily.

Kangana fight which started with Shiv Sena leader Sanjay Raut on BMC vandalized his office, stating that it was illegal construction. All this happened so quickly that the time to stop this action was not given. The BMC had pasted the notice on Kangana’s bungalow 24 hours earlier and then a day later, the bungalow was ran sacked.

According to a report by Times Now, Kangana has sent a notice to BMC seeking to recover the loss of Rs 2 crore. Kangana has also met Maharashtra Governor Bhagat Singh Koshyari in this regard. Earlier, Union Minister Ramdas Athawale had also met the Governor and said that the compensation should be given to Kangana Ranaut and BJP is also seen supporting her.

Kangana Ranaut bought the bungalow in 2017 and renovation was completed in January this year. According to BMC’s 1979 plan, this bungalow is listed under residential property, due to which this action was taken.