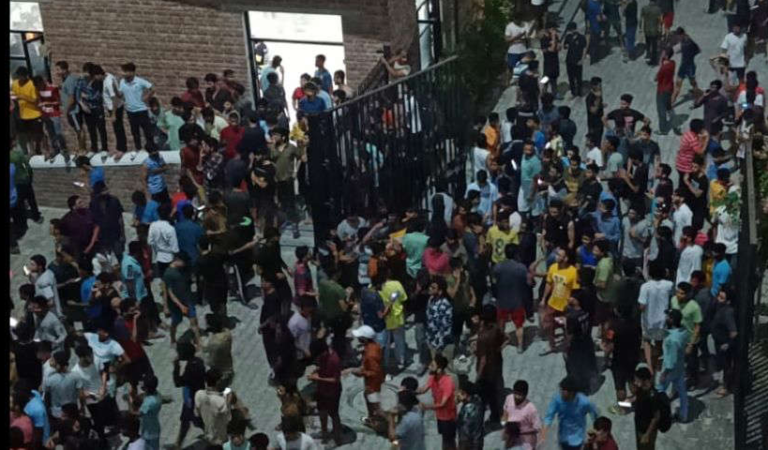 Students of Lovely Professional University (LPU) staged a massive protest in Punjab’s Jalandhar following the death of a first-year student by suicide late on Tuesday night. Police recovered a suicide note from the spot which cited “personal reasons” for the act.

A large number of students gathered inside the university campus last night to protest against the suicide of the student. Police said that the deceased was a first-year undergraduate student in designing.

“We received information on September 20 at around 5:30 pm that a first-year B Design student at Lovely Professional University had died by suicide. We reached the spot and recovered a suicide note citing personal reasons; Further investigation is underway,” said Kapurthala police.

The university also issued an official statement and said that the preliminary investigation conducted by the police and the contents of the suicide note recovered from the spot shows that the deceased have personal issues.

The University expressed its condolences to the bereaved family and extended full support to the authorities for further investigation.

“The LPU fraternity is saddened by the unfortunate incident. Preliminary investigation by the police, and the contents of the suicide note point to the personal issues of the deceased. The university is providing full assistance to the officials for further investigation. The university mourns the loss of the student and extends condolences to the bereaved family,” an official statement read.

Meanwhile, heavy police deployment has been made on the university campus as the authorities are not ruling out the possibility of further protests.