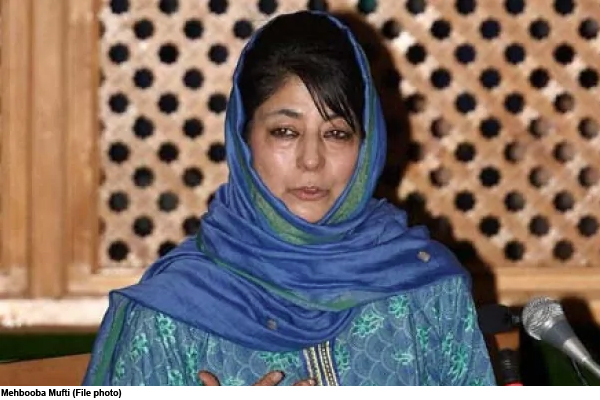 New Delhi: Former Chief Minister of Jammu and Kashmir Mehbooba Mufti again made a provocative statement on Monday. In his statement, he supported the youth of the state who have taken up guns against the administration. According to Zee News India, Mehbooba Mufti accused the government that when these youngsters would not get jobs after reading and writing, they would pick up guns. Mehbooba Mufti is shocked to see her vote bank slipping in the state. In this same anger, he accused the BJP that after the removal of Article 370 in Kashmir, now the government is trying to take away the land and jobs of the people here.

Making a provocative statement, the former CM said, “Today is their (BJP) time, tomorrow we will come.” They will also have the condition of Trump. Borders should open. Jammu and Kashmir became the bridge of peace between the two countries. Give us back our flag We are fighting elections together. Jammu and Kashmir has been cut into pieces. We have joined hands to overcome these forces. “

Mehbooba Mufti further alleged, “Article 370 was to save Dogra culture.” Do not let the Dogra culture disappear. Whether it is the flag of the country or the flag of Jammu and Kashmir. That was given to us by the Constitution. They took that flag from us. ‘