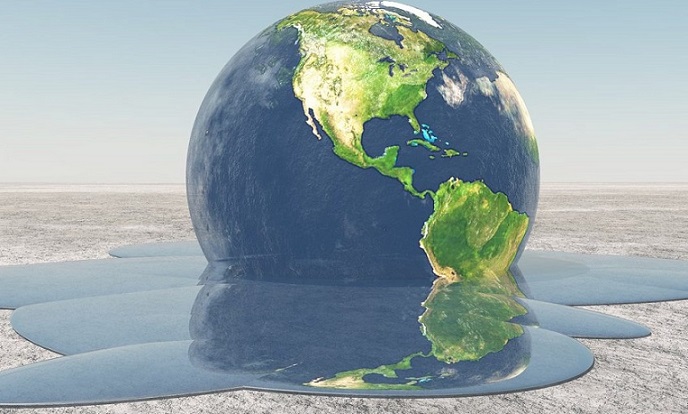 A new study published in the journal Nature has revealed that taking strong and rapid steps to cut emissions of carbon dioxide and other greenhouse gases will help reduce global warming rates over the next 20 years. The study underlines that taking immediate steps to stop climate change can bring benefits in the current life itself. You do not have to wait long for this in future.

Scientists already agree that if the emission of polluting elements is cut sharply and deeper than before, this could limit global temperature increases in the latter half of this century. However, over the next few decades it has become more challenging to achieve very short term gains. The natural cycles of global environments and ocean systems, in particular, can also cause temperature fluctuations that may temporarily mask the effects of human activities on the climate.

But a new way of combining large-scale data from various sources by Leeds University has solved human-induced warming on a much shorter time scale than natural variability.

The study, published in Nature Climate Change, used thousands of simulations of different climate models, as well as multiple estimates of the perceived natural climate variability, to find that different levels of emissions reductions in the next two decades would be based on global How can it affect warming?

The facts that emerged in the report show that in accordance with the Paris Agreement, with the aim of furthering efforts to reduce emissions of polluting elements and to keep global temperature rise below one and a half degrees Celsius above the pre-industrial levels. Emissions reductions will have a significant impact on warming over the next 20 years. Despite natural variability, this effect will be seen.

In fact, the risk of warming, which has become much stronger than before, will be reduced by 13 times the future ‘average’, which will continue to have significant dependence on fossil fuels, with rapid and intensive reductions in emissions of polluting elements. . In the case of large-scale use of fossil fuels, one can see an increase in global temperature from one to one and a half degrees Celsius during the next 20 years. This means that the commitment expressed under the Paris Agreement long before 2050 will fail.