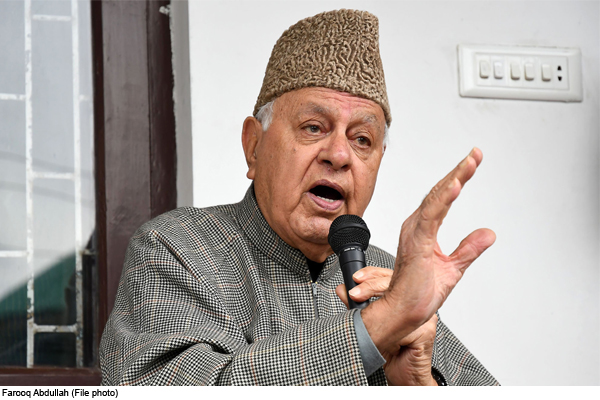 New Delhi: The Central Bureau of Investigation (CBI) has revealed the names of several big leaders of the state in Jammu and Kashmir’s Rs 25,000 crore land scam. The CBI is investigating this case. The investigating agency has registered a fourth case in this case. According to Times Now, the agency will investigate the role of several senior leaders of the state, including former CM Farooq Abdullah, in the land acquisition case worth crores.

Many big names have emerged regarding the Roshni land scam which is worth 25 thousand crores. The list has names of former Chief Minister and Chief of National Conference Farooq Abdullah and many of his colleagues. According to the investigation conducted by the UT Administration and the CBI so far, on the orders of the Jammu and Kashmir High Court, Abdullah purchased 3 kanals of land from different people in Sanjwan area of ​​Jammu division in 1998, but along with the surrounding 7 kanals of the forest. He also occupied the land and built a house on it. The 7 kanals of land occupied by Farooq Abdullah illegally are worth about Rs 10 crore. The total amount of 30 kanals of land illegally seized by different people in this area is worth about Rs 40 crore.

What is Roshni Scam?
Let us tell you that Roshni Act was made in 2001. Under the Roshni Act, the encroached state land was to be regularized by the state of Jammu and Kashmir and the funds collected under the scheme were to be used for hydropower projects for the people of the state. However, the audit agencies claim that the scheme was used to regulate the encroached properties at encroached prices and thus violated the Jammu and Kashmir State Land (violation of the right of ownership of businessmen) Act, 2001 , Under which the money was to be used for public welfare. On the pretext of this law, the big people of Kashmir disguised thousands of crores of land, now the CBI is investigating. The matter is in the High Court.

‘Biggest’ scam in J&K
As the ‘biggest’ scam in Jammu and Kashmir, the scheme was launched by the Farooq Abdullah government. Claims in Jammu’s political circles also point to allegations that the plan was to bring demographic changes to the Jammu region. Documents show how leaders of the National Conference, People’s Democratic Party (PDP), used the scheme to their advantage.

Explaining the investigation, CBI spokesperson RK Gaur said last week that the allegations led to a huge loss to the state exchequer.

According to the CBI investigation, Abdullah then illegally allotted land for his sister Suraiya Mattoo and his party by resorting to the Special Illumination Act in Jammu and Srinagar. Apart from this, people close to him also illegally occupied forest and government land in Sanjwan area. This particularly includes the name of NC leader Syed Ali Akhun.