Sai Baba temple of Shirdi opened for devotees with guidelines 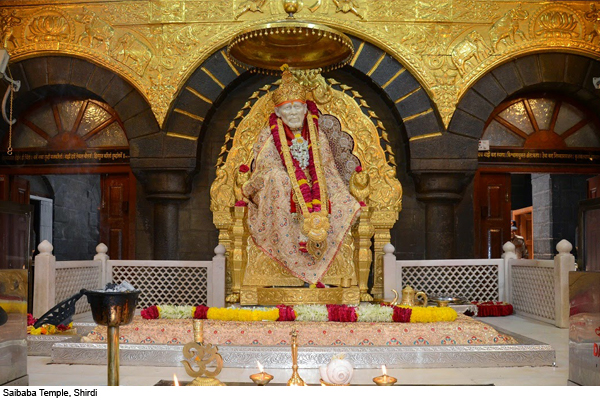 New Delhi: Shirdi’s Sai Baba Temple, closed due to the Corona Virus epidemic, has been opened for devotees’ darshan from today (Monday). The Uddhav Thackeray government of Maharashtra has given permission to reopen all religious places. However, the government has clarified that the rules have to be strictly followed in view of the Corona crisis. In this connection, a correspondent of Latsab spoke to Kanhuraj Bagte, Chief Executive Officer of Sri Saibaba Sansthan Trust, Shirdi. Here are some key parts of the conversation.

Asked by the Laatsaab correspondent on the government-issued guidelines, Bagte ji said, “Visiting devotees in the temple during the Korana period is a challenge for the trust. About 50,000 people used to visit the temple before Corona. But right now the temple committee has decided that 6000-7000 people can visit the temple every day. Keeping in mind the protocol for it, the temperature of the devotees coming, the arrangement of masks and the system of sanitization is being taken care of.

Asked how many people are coming to the temple every day, he told that more people are coming to see Baba than the number of people who had been guessed. Devotees come in large numbers to visit the temple on Diwali and Padva festivals. But, from what we have assessed, we cannot allow more people to visit. On the question of the safety of the devotees, he said that scanning is done first. After scanning, devotees are given a token and time. Devotees can also get these tokens online. According to their time, the devotees take their tokens and come for darshan and follow the social distance following the protocol.

Asked what is the arrangement in the langar in Shirdi as Prasad, he told that in the Sai Rasenai Pakistan cooks prepare food very carefully and follow the corona protocol. Prasad is offered to the people who visit the temple, as well as many needy people who come to the temple every day just to receive the offerings.

On the safety of the staff visiting the temple, he told that if anyone working in the temple sees signs of corona, then they are immediately isolated. Getting them the right treatment is the priority of the trust. Asked if a person came to Baba’s door to see and had signs of corona. On this, Bagte ji said that even if such a person comes, he is made to see him separately.