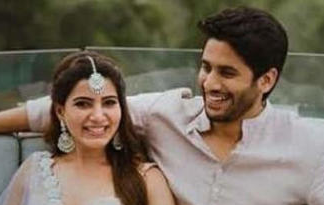 New Delhi: Talented actress Samantha Ruth Prabhu’s latest release Yashoda has earned her praises from fans and critics alike. Directed by Hari and Harish, Yashoda is produced by Shivalenka Krishna Prasad for Sridevi Movies and is slated to release on November 11, 2022. The reactions on social media have been overwhelming and it looks like he has hit the ball out of the park. Meanwhile, the news of her big project with her ex-husband Naga Chaitanya has also caught on the internet.

BollywoodLife reports that Samantha and Naga Chaitanya may soon work in a film together, with several other reports also making significant developments. There is talk of reuniting with Naga for a film after Sam’s separation was announced on social media.

Samantha recently talked about battling an autoimmune disease – myositis. He received immense love and support from industry people who appreciated his spirit and wished him a speedy recovery.

Earlier this year, when Samantha appeared on Karan Johar’s popular chat show, Koffee With Karan 7, while talking about her personal life, she quipped, “Tough feelings are like if you put both of us in a room. you have to hide sharp objects. . so until now, yes.”

Samantha and Naga Chaitanya met in 2010 on the sets of Gautham Menon’s Ye Maya Chesave and dated briefly. The couple married in Goa on October 6, 2017, followed by a Christian wedding on October 7, 2017 respectively.

Meanwhile, these days the discussion of dating Naga’s Made in Heaven actress and model Shobhita Dhulipala is also in full swing. However, so far no official confirmation has been made from either side.