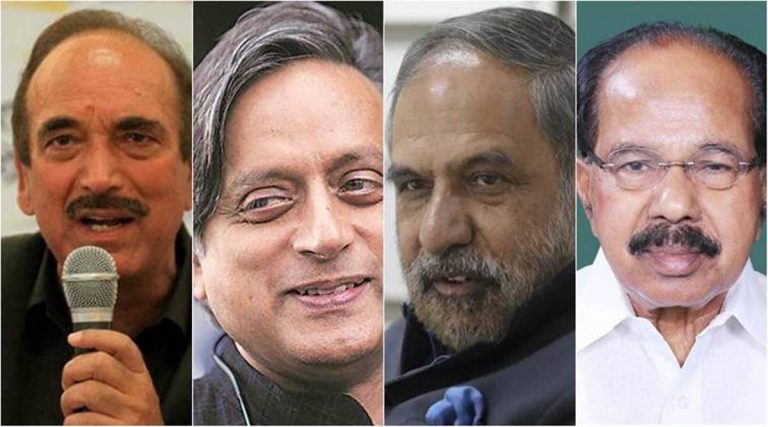 Sonia forms 3 panels to steer party position, packs them with old hands—and ‘dissenters’ Sonia, Rahul fly down to Goa: Congress chief Sonia Gandhi and her son Rahul flew down to Goa on Friday on a personal visit.

While the party officially not disclosed about their travel plans and duration of their stay in Goa, sources said Sonia are going to be within the state for a couple of days since her doctors have advised her to be faraway from the heavy pollution in Delhi in sight of her chronic chest infection. Sonia are going to be in Goa till the air quality in Delhi improves, leaders said. Doctors advise Sonia Gandhi to briefly move faraway from Delhi.

When contacted, another leader said, “Instead of addressing organizational matters, we are asked to seem at policy issues. The party already has the forums and therefore the in-house expertise to offer inputs to the Congress president on any development and involving the previous Prime Minister during this exercise is belittling the office he held.”

The fixing of the panels, significantly, came days after top party leaders spoke in several voices on India staying out of the Regional Comprehensive Economic Partnership (RCEP) agreement. Ghulam Nabi Azad, Shashi Tharoor, Anand Sharma and Veerappa Moily, all a part of the ‘group of 23’, were accomodated within the panels.

Besides him, the members of the committee on economic affairs are former minister of finance P Chidambaram, former leader of the Congress in Lok Sabha Mallikarjun Kharge, former Madhya Pradesh chief minister Digvijay Singh. Former union minister Jairam Ramesh are going to be the convener of the group.

Among the members are Azad, former union ministers Anand Sharma, M Veerappa Moily and Shashi Tharoor, who were signatories to the unprecedented letter a gaggle of 23 leaders had written to Gandhi in August seeking sweeping changes in the party. The composition of the panels signals Gandhi’s continued reliance on veteran and experienced leaders when it comes to deliberating on serious policy matters.

The fixing of the panels, significantly, came days after top party leaders spoke in several voices on India staying out of the Regional Comprehensive Economic Partnership (RCEP) agreement. Even on the difficulty of restoration of Article 370, the view within the party had been divided. Four senior leaders included, who had raised serious questions on the functioning of the party in the letter, Gandhi has once again signaled that she does not hold any ill will against them.

It is also seen as an effort to make sure that the rumblings within the party, which resurfaced after the Congress’s poor performance within the Bihar elections and therefore the assembly bye-elections, do not gather momentum. But the leaders who wrote the letter to Gandhi aren’t enthused by the move.

I am not enthused but amused the problems that we had raised remain unaddressed and therefore the party is during a state of drift,” one among the senior leaders who has been included within the panels. Sharma, Tharoor, former external affairs minister Salman Khurshid and young Lok Sabha MP from Odisha Saptagiri Ulaka are made members of the panel on foreign affairs.