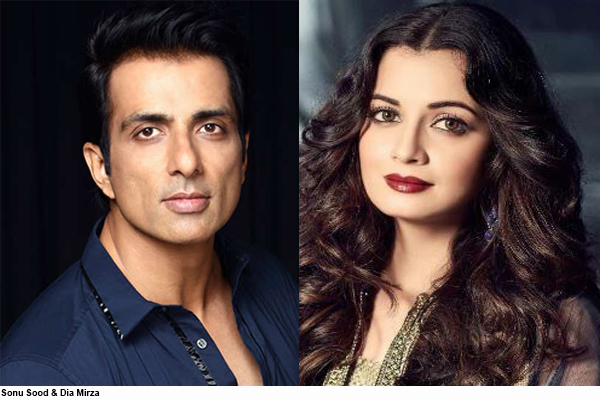 Who does not know the name of Sonu Sood today. The way Sonu came forward to help the migrants during the Corona period, then his name is discussed in the country and abroad. On the other side is Dia Mirza, who has been away from this Mayanagari for quite some time. But soon Sonu Sood and Dia Mirza will be seen together in the show ‘Bharat Ke Mahaveer’. The show will have both co-hosts. The show will be based on the story of ‘Corona Warriors’ who served the people during the Corona period. This series is being made in partnership with India and NITI Aayog and Discovery Channel at United Nations. This series of 3 parts will show 12 stories of the epidemic, which set the example of ‘strength and solidarity’ during this epidemic.

According to NDTV, Dia Mirza, the UN Secretary-General’s advocate for the SDG, said, “The people of India have shown to the world that any difficult and troubles are overcome by the united power of the people.” Instead of our own interest, we have seen solidarity during the epidemic. People are uniting to spread love, compassion and positivity through their works. I am very proud to be a part of this initiative. “

Sonu Sood, who emerged as the messiah of the needy in the Corona period, said, “The time of the epidemic has been very painful for all, but that does not mean that we do not stand for each other.” It was the grace of God that I was able to help people and I helped with my small efforts. But the heroes whose story is told in this show had very limited resources, yet they helped people. The world will be able to know more about these heroes through Mahavira of India.

NITI Aayog CEO Amitabh Kant said, “The objective of the series is to bring out those who have stepped in to help others despite the huge challenges.” During this global crisis, we have seen countless stories of individuals across the country, who transcend their borders to help people and perform their duties.
The ‘Mahaveer of India’ series will telecast in November on Discovery Channel and Discovery Plus.