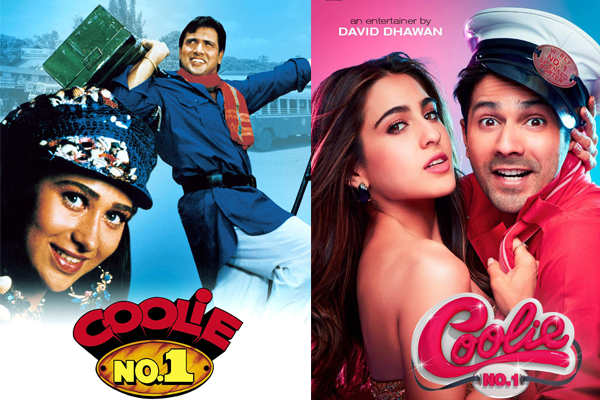 The trailer of Varun Dhawan and Sara Ali Khan’s film Coolie No. 1 has been released. The film portrays Varun as a new-age porter, in which he is shown doing color comedy with several incarnations. The film reminded Govinda of Coolie No.1 in 1995, played by Varun Dhawan and Karisma Kapoor played by Sara Ali Khan. Along with these two, Paresh Rawal, Javed Jaffrey, Johnny Lever and Rajpal Yadav will also be seen in important roles in this film.

In the beginning of the trailer, Paresh Rawal is searching for a groom to marry his daughter (Sara Ali Khan) to India’s richest man. He is accompanied by Varun Dhawan, the son of a rich man, who takes time out to play golf at home and talks with ATM aka Ambani, Trump and Modi during the conference call. He quickly wins Sara’s heart and his father Paresh becomes happy.

However, back home, he sees another man, who looks like a porter named Raju and his son-in-law. Are these two twin brothers or is the coolie really fooling everyone?

The film also stars Johnny Lever, Rajpal Yadav and Javed Jaffrey to revive the comedy. Directed by David Dhawan and produced by Vashu Bhagnani, the film will be a 1995 film of the same name starring Govinda and Karisma Kapoor, which is noted for its amazing performances, superb comedy and melodious music.

It was scheduled to be released in the movie theater in May 2020, but due to Korana, it will be released on December 25 on Prime Video. So get ready for fun filled comedy.