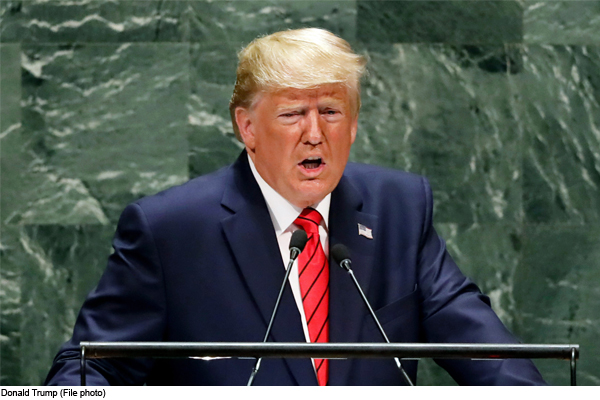 New Delhi: Before the US presidential election, Donald Trump has issued a new order regarding H-1B visa, which is being considered a big shock for Indians. The Donald Trump administration has decided to reduce the number of visas given to skilled workers from other countries. The government says the move has been taken to protect the interests of Americans, who are suffering on the economic front due to the Corona epidemic. According to officials, more than 5 million Americans have lost their jobs due to H-1B non immigrants. Presidential elections are due in the US on November 3, so Trump’s decision is seen as an attempt to woo voters.

One third will be denied H-1B visas are given to 85,000 expatriates every year, with the largest number being Indian and Chinese professionals. Therefore, the Trump administration’s move will have the most impact on these two countries. Acting Deputy Secretary of Homeland Security Department (DHS) Ken Cuccinelli said that DHS estimates that one-third of H-1B applicants will be denied visas under the new rules.

Following the government’s move, an increase in the wages of employees with H-1B and other professional visas will be arranged under labor regulations. So far, there have been allegations that companies hire foreigners cheaply through H-1B visas so that people living in the US do not get jobs. But now companies not only have to give priority to the local people but also have to take special care on the issue of salary etc.

According to Homeland Security and the Department of Labor, the new rules impose a number of restrictions on who can be granted work visas. In addition, certain salary-related standards have been set for companies hiring foreign workers. Homeland Security says that the definition of ‘special businesses’ has also been changed under the new rules. Because companies wrongly exploited the system through it.

Significantly, Donald Trump has been strict about H-1B visas since the beginning. He banned the H-1B visa program until December 2020. But the court overturned the government’s order, after which it was believed that Trump could take some major and drastic steps.