Weather : Heavy snowfall in the mountains, drizzling in many states, NCR Delhi 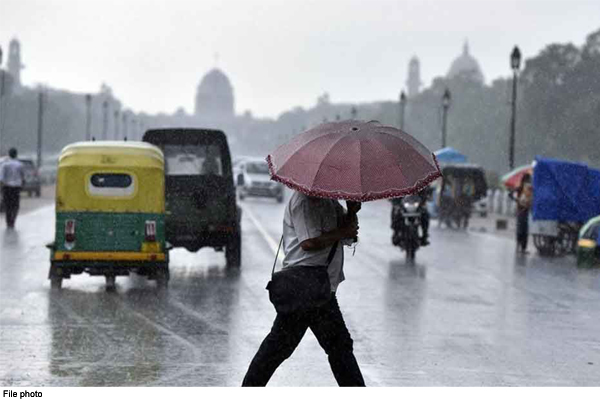 New Delhi: Due to continuous heavy snowfall in the hill areas, the weather has turned. In the second week of December, there has been a sudden change in the weather in the country.

Light rain started in many states of the country including Delhi, UP and Bihar. Due to the dense fog in UP and Bihar, there is a lot of problems in traffic movement. Due to the dense fog, the trains are running late and have had to do many flights. According to the Meteorological Department, light rains may occur over South Delhi, South-West Delhi, Dwarka and airports during the next 2 hours.

Due to the passing of Western disturbance from the Himalayan region, the national capital Delhi and its neighboring cities were expected to receive light rain on 11-12 December. Whereas Jammu and Kashmir, Ladakh, Himachal Pradesh and Uttarakhand are receiving rain and snowfall. According to a statement issued by the Meteorological Department, there was fog, light rain and cloudy weather in some areas of Delhi.

The Meteorological Department of India forecasts that the minimum temperature will be 11 ° C and maximum temperature 26 ° C with light rain or drizzle in the national capital today. Delhi’s air has been in severe category for the last several days. In such a situation, due to light rain, Delhiites can also get relief from pollution.

On the other hand, fog haze in Bihar located in North India has reduced visibility in many areas. According to media reports, traffic has been affected due to the visibility zero due to the dense layer of fog. Meanwhile, the Meteorological Department has estimated that there will be no relief from fog and mist for the next 2-3 days.

At the same time, the meteorological center of the capital Patna has issued an orange alert in all districts of Bihar. It is being told that in the next two days, the maximum temperature of Patna can reach 24 degrees and the minimum temperature can reach 13 degrees Celsius.