Home
States
Where Tejashwi Yadav slips behind the NDA

Where Tejashwi Yadav slips behind the NDA 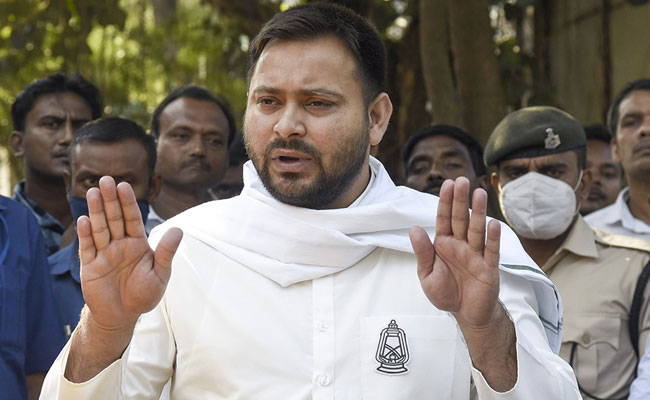 The sooner Yadav learns the lesson that campaigns must be dynamic, the more likely he is to pose a serious challenge to the NDA.

The practical facts suggest that Tejashwi Yadav is being able to capitalize on anti-incumbent sentiment, although most opinion polls predict a comfortable victory for the Nitish Kumar-led NDA.

A fortnight ago, most political analysts were convinced of the return to power in Bihar of the government of the National Democratic Alliance (NDA) led by Nitish Kumar. However, the unexpectedly large turnout at the rallies by Rashtriya Janata Dal (RJD) leader Tejashwi Yadav has given a new dimension. While there are many factors that influence voters, the role of the campaign is important in influencing undecided voters.

Although the Covid-19 pandemic has limited physical campaigns, it has not been replaced. Instead, it has been supplemented by new ways of campaigning. Political parties have designed digital campaigns to reach the maximum number of voters.

All of the major political parties in Bihar, the Bharatiya Janata Party (BJP), Congress and the Janata Dal (United) or JD (U), have been heavily publicized on social media. While the RJD has not officially done so, some of its leaders such as Madhu Singh, Parwez Alam, Nand Kumar Rai have been actively campaigning on these platforms. Tejashwi Yadav has been posting videos and posts on his public social media pages, but has not purchased any campaign ads to promote these posts.

While the RJD’s decision to focus on campaigning at the field level may have been driven by the fact that the majority of its voters are not online, and to use limited resources effectively, this strategy could have a negative impact. in their overall share of votes.

At the moment, the NDA has an advantage in terms of the large volume of face-to-face contact, virtual rallies, posters, social media reach, news coverage, and the presence of star activists, including Prime Minister (PM) Narendra Modi. . The network effects generated by cross-platform contacts could play an important role in persuading potential voters.

Voter turnout will be a big factor, especially if NDA supporters aren’t overly enthusiastic about their top ministerial candidate, Nitish Kumar, as many opinion polls suggest.

The BJP has created confusion among its voters by not unequivocally opposing the Lok Janshakti Party (LJP) Chirag Paswan’s attacks on Nitish Kumar. This could well demobilize their voters. But the new campaign strategy to counter Yadav’s growing popularity by hosting many prime minister rallies shows that the central leadership can come together quickly and work effectively to steer the campaign in the right direction.

While its social base among the Yadav remains intact, by targeting young voters, Tejashwi Yadav is trying to diversify its social districts. Grassroots participation is important for political parties, but elections are no longer won solely by campaigning at the field level.

The sooner Yadav learns the lesson that campaigns must be dynamic, the more likely he is to pose a serious challenge to the NDA.