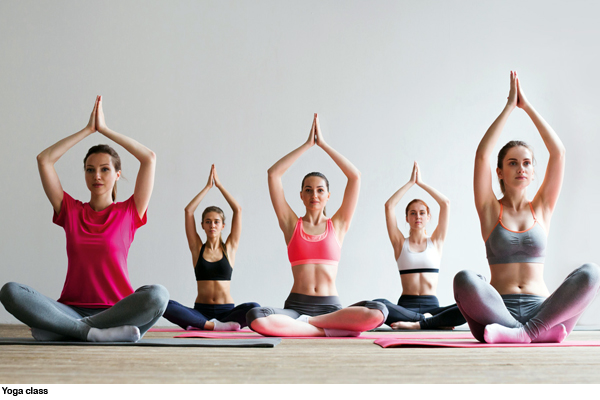 New Delhi: The growing popularity of yoga in Cuba is a matter of great pleasure for yoga lovers in India. This eternal gift of our ancestors is indeed a universal heritage and is now being liked by people all over the world. According to information received from the Indian Embassy in Havana, Prof. Eduardo Pimentel Vazquez, president and founder of the Cuban Yoga Association, is a prominent face of yoga here. He has been teaching yoga in Cuba for 30 years and has also trained 50 trainers. It is an important contributor to the sustainable development of yoga in Cuba, a country with a population of about 13.1 million.

Prof. taken at Juventud Rebel by Luis Raul Vezquez Munoz and Rafael Pinaire Gonzalez. Pimentel’s recent interview has been read extensively in Cuba and has become quite popular in the country. People of all ages can be seen doing yoga in parks, rooms and museums and the Indian tourist who has come to Cuba may have the illusion that he has returned to his home in Mysore or Haridwar. The number of people participating in yoga activities in Cuba is increasing day by day.

According to the interview, Prof. Eduardo Pimentel Vazquez received a book that changed his life. He was a chess player since the age of 12 and one day he was presented a book on yoga. Then when he saw yoga techniques in 1972, he started practicing by following the guidelines given in that book and after that Never stopped practicing yoga.

Prof. Pimentel defines yoga as a philosophy more than anything else. He says that people of Western world are quite interested in yoga, especially its physical practice. Mr. Pimentel reported that, he has taught yoga in the United States, Brazil and Mexico. In his book ‘Two Sessions de Yoga’ (Your Yoga Session) published in 2018, he has stated that Yoga is a preventive system and has been a part of the Department of Traditional and Natural Medicine of the globally acclaimed Ministry of Public Health of Cuba since 1995. Has been accepted as a part of.

Pro. Pimentel believes, single pose exercises do not create a yoga session. He recommends doing a series exercise. His two favorite exercises are postures that help release tension. One of them is trigonasana, which helps, in reducing stress and anxiety as well as calming hormones. The second is pakshasana which helps improve inner strength and blood circulation.