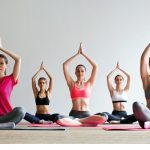 New Delhi: The growing popularity of yoga in Cuba is a matter of great pleasure for yoga lovers in India. This eternal gift of our ancestors is indeed a universal heritage and is now being liked by people all over the world. According to information received from the Indian Embassy in Havana, Prof. Eduardo Pimentel
Read More 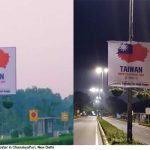 New Delhi: China’s official newspaper Global Times has flashed outside the Chinese Embassy in New Delhi over the posting of posters of Taiwan National Day by Delhi BJP leader Tajinder Bagga. Criticizing the incident, the Chinese newspaper Global Times wrote that it could worsen the already deteriorating India-China relationship. Let us know that these posters
Read More 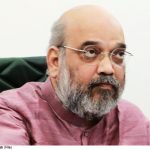 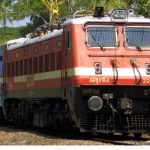 New Delhi: Some rules of railway reservation are going to change from today. Let me tell you that you will be able to book seats in some trains even 5 minutes before now. In fact, the railway plans to gradually introduce systems before the Corona epidemic from Unlock 5.0. Some changes are being made in
Read More 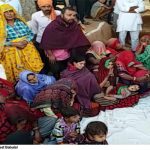 Jaipur: After the incident of burning the priest alive in Karauli, Rajasthan, the Gehlot government of the state has come under the scanner. The Bharatiya Janata Party has decided to surround the Rajasthan government in this matter. The BJP has decided to stage a sit-in protest against the government. On the other hand, a BJP
Read More 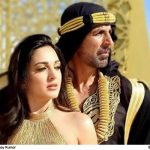 New Delhi: Akshay Kumar’s film ‘Lakshmi Bomb’ is being released this year on the occasion of Diwali. It will be release on OTT platform not in theatres due to COVID 19. There is a tremendous craze in the fans about ‘Lakshmi Bomb’ and why should Akshay be playing the character of transgender for the first
Read More 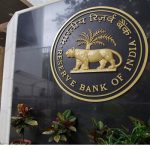 New Delhi: On October 9, 2020, the Reserve Bank of India (RBI), in its fourth bi-monthly monetary meeting, decided not to change the repo rate again with a steady stance. Currently, the repo rate is 4 percent. Meanwhile, RBI Governor, Shaktikanta Das said, “The MPC has decided to keep the current stance of monetary policy
Read More 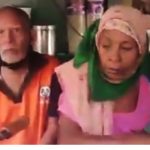 New Delhi: The Covid pandemic has brought along unlimited narratives: Of valour, determination, societal affection and pathos. This is one such story of humanity trumpeting hardships. During the past many months, we have all been locked inside our homes. As everyone knows, the people of Delhi are crazy about street food. But during the Corona
Read More 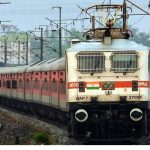 New Delhi: Before the start of Navratri, the Indian Railways on Wednesday approved the operation of 39 pairs (78) special trains, which will be run in the facility in different regions. These trains will mostly have AC Special, Rajdhani, Shatabdi and Duronto classes. On the first day of Navratri, the flagship train of the private
Read More 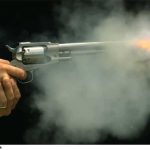 New Delhi: Naresh Tyagi, maternal uncle of BJP MLA Ajit Pal Tyagi of Muradnagar in Uttar Pradesh, was shot dead by unidentified miscreants on Friday morning. The sensation spread in the area after the incident. Naresh Tyagi came out of his house for morning walk, during which miscreants committed the crime. The walk was not
Read More 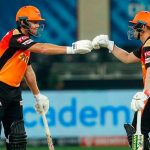 New Delhi: The 22nd match of the Indian Premier League (IPL) was played between Sunrisers Hyderabad and Kings XI Punjab in Dubai. Hyderabad won the toss and scored 201 runs in the first over, losing 6 wickets in 20 overs and aiming for 202 runs in front of Punjab. Punjab’s team was shattered on seeing
Read More 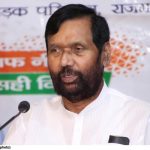 New Delhi: Union minister and LJP leader Ram Vilas Paswan has died in a hospital in Delhi today after a long illness. He recently had a heart operation. He was 74 years old. He was undergoing treatment in the hospital. He recently underwent major surgery on his heart. His son Chirag Paswan gave information by
Read More