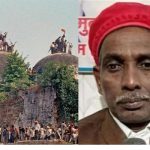 Lucknow: Iqbal Ansari, the leading petitioner of Muslim parties in the Ram Janmabhoomi case, has appealed to the CBI court to exonerate all the accused. Ansari has pleaded for the acquittal of all the 48 accused, including LK Advani, Murali Manohar Joshi, Kalyan Singh, and requested to end the whole case soon. Babri Masjid petitioner
Read More 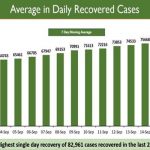 New Delhi: India continues to record a spate of very high recoveries. India logged in the highest number of single day recoveries in the last 24 hours. 82,961 COVID patients were cured and discharged from home/facility isolation and hospitals, steeply pushing the Recovery Rate to 78.53%. The 7-day moving average of the Recoveries shows a
Read More 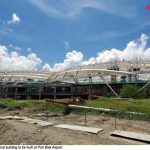 New Delhi: Veer Savarkar International Airport, Port Blair is soon going to have a new terminal building. The airport currently handles 18 lakh passengers annually. Considering the surge in the passenger traffic, Airports Authority of India has undertaken the work for construction of New Integrated Terminal Building at a cost of Rs. 700 crores. With
Read More 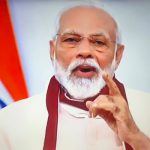 New Delhi: Prime Minister Narendra Modi will dedicate the historic Kosi Rail Mahasetu (Mega Bridge) to the nation through a video-conference on September 18, 2020 at 12 noon. Apart from this, the Prime Minister will also inaugurate 12 railway projects related to passenger amenities for the benefit of the state of Bihar. These include a
Read More 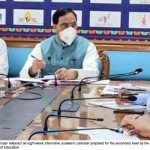 New Delhi: With the help of parents and teachers to study children at home due to Kovid-19 epidemic, NCERT has guided students, teachers from first class to twelfth grade under the guidance of Union Ministry of Education. And has created an alternative educational calendar for parents. The Alternative Academic Calendar (AAC) for primary and secondary
Read More 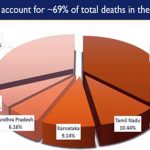 New Delhi: A large number of patients continue to be healthy every day in India. The recovery rate, which is continuously rising upwards, has reached 78.28 percent today. During the last 24 hours, 79,292 patients have been discharged from hospital after recovering. The total number of cured patients is 38,59,399. The gap between curing patients
Read More 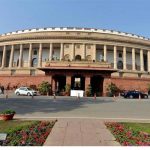 New Delhi: There was a lot of shouting against the Government in the Rajya Sabha on Tuesday, following which the proceedings were postponed till 9 am tomorrow. In the Lok Sabha, the business started only in the second shift. Today, Defence Minister Rajnath Singh gave a statement in the Lok Sabha on the conflict between
Read More 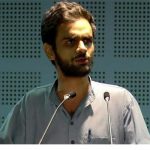 New Delhi: Jawaharlal Nehru University (JNU) alumnus leader Umar Khalid, who was arrested in February this year in North East Delhi under the Anti-Terrorism Act Unlawful Activities (Prevention) Act in a case related to communal violence, was on Monday remanded in police custody for 10 days. The police had pleaded that they have to interrogate
Read More 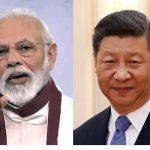 New Delhi: After failing to infiltrate the LAC, China is now duping the country’s data and spying around 10,000 dignitaries including PM Modi. China is undergoing spying from the Prime Minister, President to Chief Ministers, MPs, sportspersons, Bollywood actors and industrialists. The Indian Express disclosed the conspiracy in a report, stating that the spying was
Read More 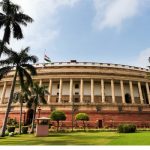 New Delhi: On the first day of the monsoon session of Parliament, 24 members of the Lok Sabha have been found to be corona virus positive. Sources reveal that Junior Railway Minister Suresh Angadi, BJP’s Meenakshi Lekhi, Anant Kumar Hegde, Parvesh Sahib Singh, Rita Bahuguna Joshi and Kaushal Kishore were among the 24 MPs who
Read More 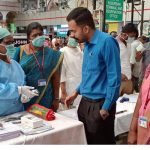 New Delhi: Government of India is leading the appropriate response and treatment management of Covid-19 in the country in close coordination and cooperation with the State / UT Governments. A number of strategic and deliberate measures have been taken to prevent, prevent and treat Covid-19. It has been found that patients who have recovered even
Read More