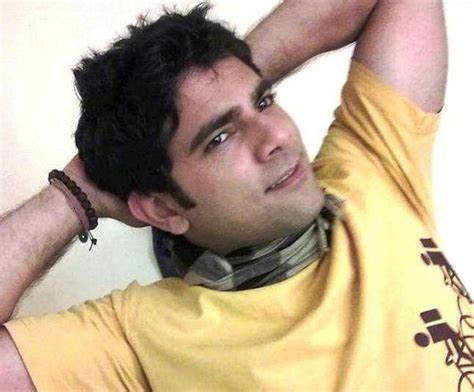 New Delhi: Television actor Deepesh Bhan, famous for playing the character role of Malkhan in the sitcom Bhabi Ji Ghar Par Hai breathed his last on Saturday morning. The exact cause of his death is still unknown. He was 41.

Deepesh was allegedly playing cricket in the morning when he collapsed after which he was rushed to the doctor.

Fans and celeb friends are shocked with this untimely demise. Many thronged social media to extend their condolences to his family. Kavita Kaushik mourned his demise. She tweeted: In shock, gutted, pained with the news of Deepesh Bhan passing away at the age of 41 yesterday, a very important cast member in FIR, Was a fit guy who never drank/smoked or did anything to harm his health, left behind a wife n one-year-old child and parents and us all

Bhabi Ji Ghar Par Hai actor Rohitashiv Gour, said “Our call time for the show was a little late today. So I think after his gym, he went to a cricket ground to play cricket. It is part of his fitness routine. But while playing the sport, he suddenly collapsed and fell. It has come as a big shock to all of us. He was someone who led a healthy lifestyle, he was a fitness enthusiast. I don’t know how to express what I am feeling. We all are at his home currently, the entire team of the show.”