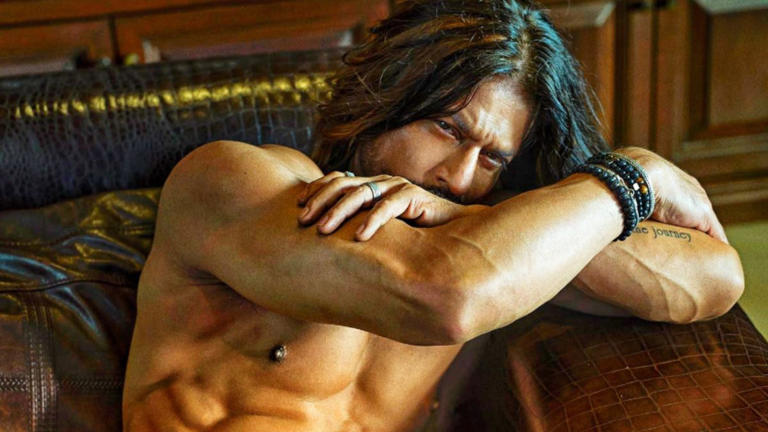 Shah Rukh Khan’s Pathan finally hits the theaters on January 25, 2023. The first day’s first show has already set the theaters on fire, as is evident from the Twitter reactions of the film critics as well as the audience. Trade analyst, Taran Adarsh called the film a ‘Blockbuster’ and gave it a 4.5 star rating.

Review: An event film of sorts, as it marks the return of Shah Rukh Khan to the big screen after a long gap of four years, Pathan is an ambitious action thriller that plays to the gallery and lives up to the hype. Far-fetched in writing but high on star power and style, Pathan feels like a filmy Mountain Dew commercial that slowly but steadily finds its footing.

The plot follows the abrogation of Article 370 (Jammu and Kashmir’s special status) by India and its impact on a Pakistani official, who wants India to pay for this ‘mistake’. He reaches out to the formidable Jim, a former RAW agent wronged by his own people. He is joined by his attractive partner Rubai, a former ISI agent (Deepika Padukone) with unclear intentions. Pathan, Jim and Rubina lock eyes and lock horns as they jump across continents and engage in a dangerous game of betrayal and revenge. The three race to destroy and protect the world they believe in.

Director Siddharth Anand gives over the top treatment to his spy thriller. He presents it like a superhero movie that requires massive suspension of disbelief. His fascination and fan adoration for mainstream Hollywood blockbusters like Marvel movies or Tom Cruise’s Mission Impossible series is evident here. Falcon-like wingsuits, exaggerated action and chase sequences, death and gravity-defying stunts on cars, bikes, snow and helicopters, punch dialogues as immortal heroes and villains, a femme fatale and all rooted in the idea of patriotism.

The action takes over the emotions in the major part of the film and given SRK’s dominance in that area, it is interesting how he lets his body do the talking along with those powerful eyes. It is his presence that rescues an average script and subpar VFX. While the background score doesn’t sync well with the scenarios, the title music manages to reflect the valor and heroism on display.

However, the highlight of the film is John Abraham’s convincing portrayal of Jim. Be it his Bane-like masked entry or the stunt sequences, John is outstanding and makes a classic case of the villain overpowering the hero. Deepika Padukone can rock and is perfectly cast but her chemistry with Shah Rukh Khan feels weak and underdeveloped. It lacks the spark that the John-SRK characters have. Dimple Kapadia once again nails a principle and lends much needed gravitas and emotional quotient to the proceedings. You want the other characters to highlight the sincerity of his part.

YRF Spy Universe reunites Karan and Arjun to treat you to a wonderful moment. If you are ready to overlook the trivialities in dialogues like ‘you are so bad’, Pathan has all the ingredients of a masala potboiler – slow-paced entries, the iconic battle of good versus evil and most importantly a sexy-smoldering Wala Shah Rukh Khan, who can fight the good fight on and off screen.