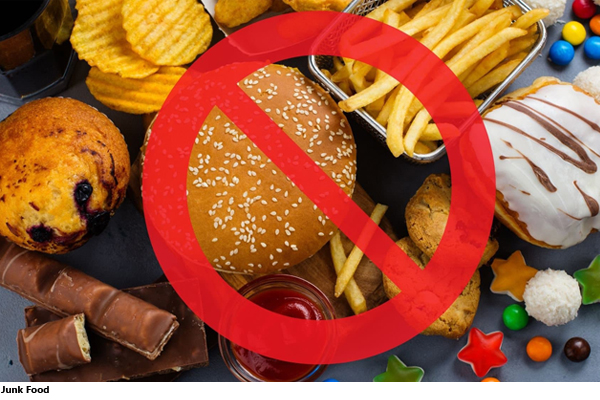 New Delhi: ‘Junk food’ has been called ‘anti grain’ in Ayurveda. Instead of drinking Indian drinks like sherbet, coconut water, we get caught in the greed of cold drinks which are harmful to health. Foreign and domestic establishments claim to have many good components of protein, calories, etc., on various packaged items like Maggi, Biscuit, etc.; But this is not true. The public is misled by advertising ‘junk food’ in various attractive ways. The government should ban this immediately. ‘Junk food’ be it indigenous or foreign, Indians should give up on it. According to Ayurveda, the food on which there has been touch or contact with air, sunlight, and moonlight, that food should be eaten. Stay healthy by eating indigenous and fresh food without getting caught in the greed of ‘junk food’ that is harmful to health, this has been called by Vaidya Suvinay Damle, National Guru of the Ministry of AYUSH. They organized ‘Foreign Junk Food: Nutrition or Economic Exploitation?’ organized by ‘Arogya Sahayya Samiti’ for ‘National Doctor’s Day’. Was speaking in this online exclusive dialogue. The event was telecast live by Hindujagruti.org, YouTube and Twitter, the website of the Hindu Janajagruti Samiti, which garnered 3,033 views.

Describing the truth of the foreign company ‘Nestle’, the organization minister of ‘Ex-Servicemen Welfare Organization’ of Uttar Pradesh, Indersen Singh said that, after checking the quality of each food item and keeping its information in front of the public, it should be allowed to be sold; But this is not done now. Many establishments are being allowed to do business in the country even though they do not have proper licenses regarding ‘packaged’ food and water. Institutions like ‘FSSAI’ and ‘FDO’ do not work in a fair and corruption-free manner; Till then it is almost impossible for Indians to get nutritious food.

At this time food and nutrition expert Meenakshi Sharan said that junk means garbage! Food that does not contain any nutrients is called ‘junk food’. Eating ‘junk food’ is filling one’s own stomach with garbage. It does not nourish the body; Malnutrition occurs. This category includes all bakery, airtight goods and beverages. Not only small children, but parents also get caught in the greed of ‘junk food’. Indian dietetics should be followed in life. At this time the coordinator of ‘Arogya Sahay Samiti’, Ashwini Kulkarni said that due to the apathy of the administration, only substandard food items are available everywhere in the country. Common citizens do not know where to complain (complaint) against food adulteration. This subject ‘adulteration in food’ should be taught to the students from the school curriculum, this is what we are already demanding. Even after the order of the Supreme Court, the commissioner of any state of the country did not organize a workshop on adulteration of milk and food grains. Against this we are filing a petition in the court.