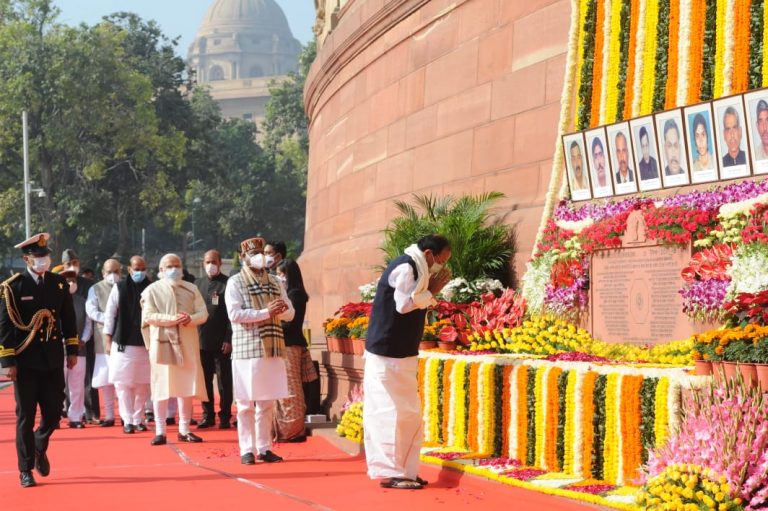 On this occasion, Lok Sabha Speaker Shri Om Birla also released the English and Hindi versions of a book titled ‘The Shaurya Unbound-Tales of Valour of the Central Reserve Police Force’ which includes the story of the insurmountable gallantry of martyrs, who sacrificed their lives while fighting against the dastardly attack on the Parliament. The book is co-authored by Ms. Nitu, DIG CRPF and Shri M Dhinakaran, DIG CRPF. The book brings forth intricate details of operations along with valuable insights. The book does not just limit itself to the operations but reaches the emotions of personal lives of these Heroes.