US President Biden promises to maintain best relations with India 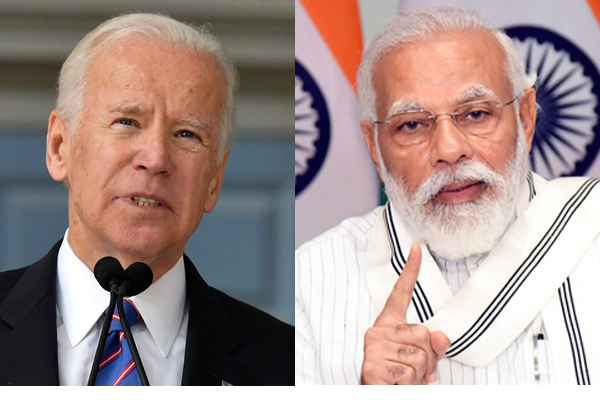 New Delhi: The new US President Joe Biden made it clear that he will pursue friendship with India. Relations between the two countries will be further intensified. He said that he is keen to work with India in shared global challenges. India will have an important role, especially in the Indo-Pacific region and Covid-19. Biden’s statement may raise concerns over India’s two neighboring countries, China and Pakistan. Prime Minister Narendra Modi warmly congratulated former Vice President Joe Biden and Kamala Harris, an Indian-origin elected Vice President.

India’s Prime Minister Narendra Modi congratulated the new President of the United States, Joe Biden, on the phone. Modi warmly congratulated the newly elected President Biden. During this time the two leaders held long talks. Both Modi and Biden leaders discussed the democratic traditions of the two countries. The two leaders held talks on shared global challenges. During this, Biden assured Modi of full cooperation. He indicated that during his tenure, the relationship between India and America would be further strengthened.

After Biden’s victory in the presidential election in the US, the two leaders held a phone conversation for the first time. Prime Minister Narendra Modi tweeted that he congratulated the newly elected President of America Biden. He said that during the talks we reiterated our commitment to the Indo-American strategic partnership. Also discussed cooperation on corona virus, climate change, Indian Pacific region. PM Modi also congratulated the newly elected Vice President of America, Kamala Harris. He said that his victory is a matter of pride and inspiration for the Indian American community.